In my most recent post I stated that I firmly believe that knowledge of finance is a fundamental requirement for every small business promoter. This is part two of two blogposts on Finance for Startups. The first post detailed my ten top finance related tips for startups while this post will now look at financing your startup and the finance landscape in Ireland.

This article was inspired to some extent by an excellent slideshare on fundraising and bootstrapping by France Digital. Slide 36 stated that there is a 5% chance of getting funding from VC ecosystem in France (4000 startups and 200 get funding). 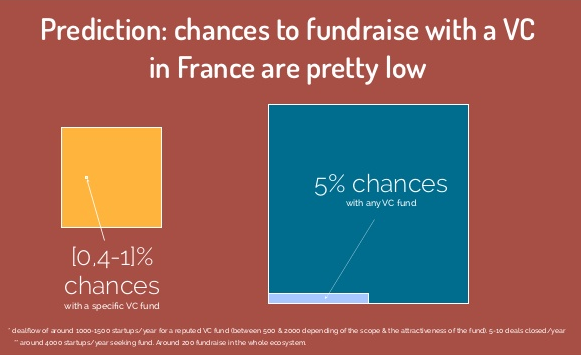 As an average fund closes 10 deals a year, there is less than one percent chance of your startup being funded by any particular VC.

This got me wondering about the situation in Ireland.

* A recent Enterprise Ireland press release focuses on how 1850 new jobs will be created over the next three years by 122 High Potential Start Up companies but a specific figure of how much was invested was not provided in the release.

* 2013 was a record year for Angel Investment –  South East BIC reported that in 2013 nationally, 29 early stage companies received €15.3m of investment with €4.5 being sourced from Business Angels. [At this point I saw a Google Ad for the Irish (Angel) Investment Network which looks good but I don’t have any direct experience]

* Irish SMEs raised €285 million from investors in 2013, up 6% on the previous year according to the annual Irish Venture Capital Association VenturePulse survey published on the 20th February 2014. Over 95% of the funds in 2013 were raised by knowledge based companies covering software, medical devices, pharma and biotech. In 2013 funds raised from international players was €119m, an increase of 22% on 2012. The IVCA publish a very useful Guide to Venture Capital listing VCs in Ireland – click here for 7th Edition. They also release a listing of summary details of all investments in Ireland by company in each quarter – click here for 2013 edition. 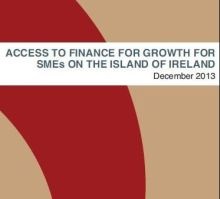 InterTrade Ireland published the very comprehensive Access to Finance for growth for SMEs on the island of Ireland report in December 2013.Their website states that the report provides a unique and reliable indication of the supply of finance for SMEs across the island and the level of their demand for finance for growth purposes. The report seeks to widen the debate from an important but narrow focus on the availability of bank finance to a broader discussion on the need for a more diversified financial ecosystem to support the need of growth-oriented businesses. A series of recommendations covering informational deficits, improving financial capability and diversifying the financial product range are included in the report.

Supply of bank finance for both Ireland and Northern Ireland

• SMEs have a ‘disproportionate reliance on banks’ with bank funding accounting for 94% of total SME finance for both Irish and Northern Irish SMEs.

• There has been a fall in the supply of bank finance in Ireland to include the withdrawal of a number of providers from the Irish market. Total outstanding credit to Irish SMEs was €34 billion at the end of Q1 2010.

• Consecutive Irish Department of Finance lending surveys have shown that working capital and cash flow needs are the primary drivers of demand for bank credit amongst SMEs (shorter term debt) as opposed to growth or expansionary finance needs.

• There is a lack of balance sheet “right sizing”. In general, Irish and Northern Irish banks need to be more engaged in the debt restructuring or write off of debt for SMEs who demonstrate sustainable trading positions but are over-leveraged due to property or other legacy debt issues. A sustainable SME whose debt has been “right sized” to a level which they can service is a better asset to both the bank and wider economy.

• Direct government funding represents less than 1% of total SME finance. The main beneficiaries of this funding are those SMEs who export and those operating in the manufacturing, information and communication technology and tradeable professional and scientific and administrative/ support service sectors. There is limited support for SMEs operating in most distressed sectors outside of traditional bank finance, the Credit Guarantee Schemes (in Ireland and UK) and the MicroFinance scheme in Ireland, some of which, in their early stages, show low levels of take up.

• Of those SMEs surveyed who had external finance in place only 2-3% of respondents had other forms of finance in place. Specialist finance houses also provide working capital credit products such as debt factoring, leasing and invoice discounting. Consultations as part of this study have indicated that the take up of such alternative products is low in both jurisdictions. The report stated that Invoice discounting and similar products are often inappropriate for those SMEs whose turnover and thus debtors are falling and the receipts cycle is becoming longer. In those instances, invoice discounting becomes an expensive and more risky form of finance for an SME.

• Business finance can also be provided by other nonbank external means. Investment which is made directly from owners, friends and family is notoriously difficult to measure because there are no systems or formal requirements to collect or report such information. Nonetheless, a report published by DCU’s Ryan Academy in 2013 found that about 28,000 family, friends, and colleagues provided money to new businesses in Ireland in 2011. 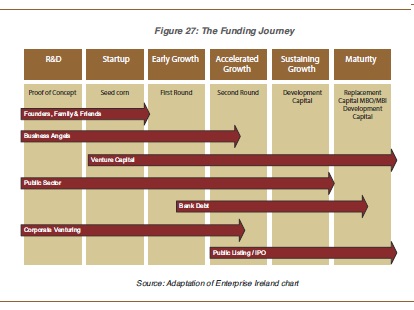 • The Irish venture capital industry (described as vibrant) has received significant and sustained support from the Irish Government over the last few decades. In this time, the Irish Government, through Enterprise Ireland (EI), has committed approximately €348mn to 41 local Seed and VC funds resulting in capital of approximately €1.2 billion for investment in innovative high growth companies.

• Results from the October 2011 – March 2012 ECB SAFE survey indicated the significant majority of SMEs believe that equity is not relevant to their business. This is further validated by the results of recent InterTradeIreland and Irish Department of Finance surveys which show that typically, less than 1% of respondents are financed through external equity or have applied for venture capital finance.

A key finding of the report brings me back full circle to my opening point of this two part blogpost:

A general lack of financial literacy exists across the broad financing landscape. A lack of knowledge on alternative funding options is inhibiting the development of a more diverse funding panorama for SMEs and the subsequent use of more appropriate and less costly funding alternatives. Not only is there an over-reliance on bank funding but local SMEs are also more reliant on short term finance, in particular overdrafts and trade credit, in comparison to the EU average. They also still have a significant dependency on cheques rather than funds transfer or other payment methods.

The report also noted that banks are very well aware of the need to address internal system and personnel capability gaps in the following areas:
• The preparation or review of cash flows or cash flow rather than asset-backed lending;
• Analysis of business plans;
• The sustainability or viability assessment of SME trading businesses;
• The restructuring of SME balance sheets / finance positions; and
• The development of multi-type finance solutions.

I hope that you found this two part blogpost on Finance for your Startup useful. For the individual SME or startup, with a lot of hard work and some luck, there suitable finance options available but it is a very competitive process. For Ireland Inc, there are 13 recommendations detailed in this report that should be implemented – particularly R5 to promote alternative sources of finance along the lines of the Growth Loan Fund in Northern Ireland.

I believe that knowledge of finance to include: an ability to understand and communicate your financial model; cost structure; revenue streams and route to markets; is a fundamental requirement for every small business promoter. This is a two part blogpost on Finance for Startups. The first post will detail ten things I have learned about…

Six factors critical in formulating your approach to tendering in Ireland are discussed in this blogpost. It is critical to select your tenders carefully, read the tender invitation carefully and structure your submission to demonstrate that you meet all the requirements of the tender. 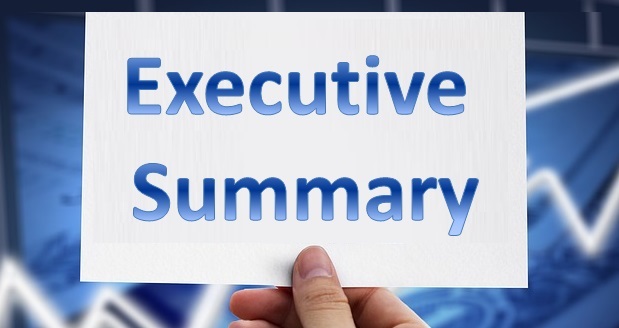 I write several business plans for clients every year and I also regularly create tender documents for my own business, with partners and for customers. I review many more business plans to include InterTrade Ireland’s Seedcorn competition and tender submissions. Having a professional-looking document is a great start. Here are some of my top tips… 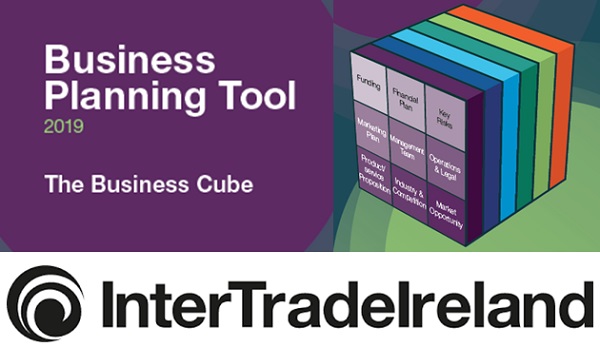 I have said for years that the best investor ready business plan preparation guide is the Business Cube Methodology published by InterTrade Ireland the organisors of the SeedCorn Investor Readiness Competition. So I was delighted to see that a modernised edition, now referred to as Business Cube, has been published in 2019. It is a… 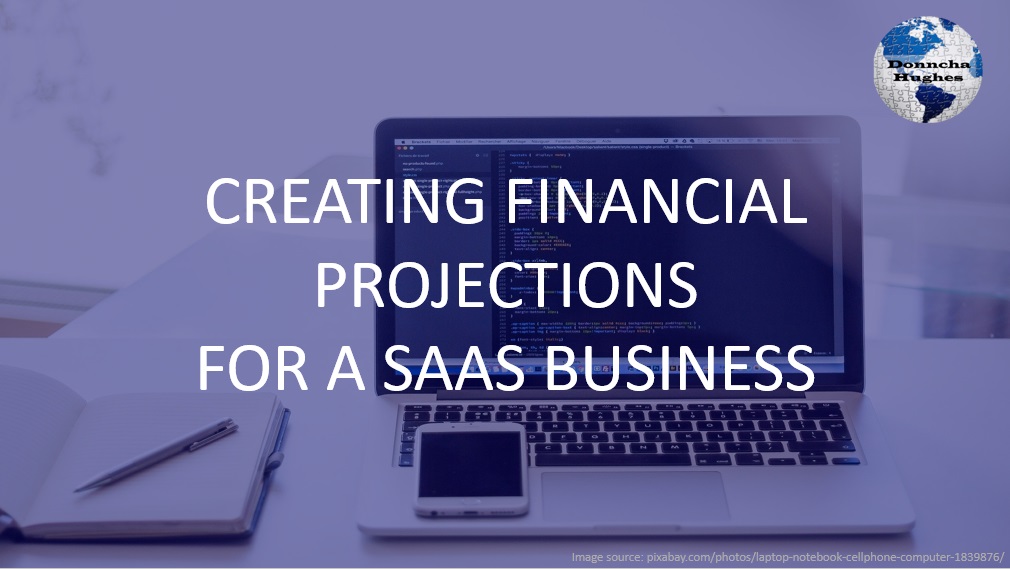 I am delighted to published my 7th online training programme. This will be my second one focusing on Financial Projections. It is called ‘Creating Financial Projections for your SaaS business‘. It is aimed at owners and senior team members who are bringing a SaaS product to market. The Excel template will facilitate you to create…