2019 update: I have written two blog posts on Crowdfunding. This one was written in early 2014 following a feature on Today FM on The Sunday Business Show. The original article is presented below. I wrote a separate blogpost in 2019 for the New Frontiers blog which featured a YouTube video interview with Derek O’Sullivan of Crua Outdoors.

I don’t claim to be an expert on Crowdfunding but I am lucky enough to know Olive O’Connor, a mumpreneur who is currently making great progress in raising €50,000 for her startup so that she can bring the MediStori to market in the coming months. I blogged recently about her campaign and we were both asked to take part on Today FM’s Sunday Business Show with Conall O‘Morain on the 20th of April 2014 to discuss Crowdfunding.  This post is a follow up to the show – you can listen to the audio in the player

So what is crowdfunding?

Wikipedia gives a solid starting point for explaining crowdfunding … the collection of finance to sustain an initiative from a large pool of backers, the “crowd”, usually made online by means of a web platform. The initiative is generally to support a commercial enterprise (e.g. to create and sell a new product) but it could also be a nonprofit campaign (e.g. to raise funds for a school or social service organization), or a philanthropic campaign (e.g. for emergency funds for an ill person or to produce an emerging artist).

The key to crowdfunding is that people who back projects are offered tangible rewards in exchange for their pledges. There are different models now in operation but it started on basis that only when the full target amount is raised, that all pledges are called in.

The legal position on crowdfunding in Ireland is outlined in a 7 page report published in October 2013 by the European Crowdfunding Network AISBL. Available on the website international law firm Matheson, it is entitled a ‘Review of Crowdfunding Regulation. Interpretations of existing regulation concerning crowdfunding in Europe, North America and Israel, 2013’. The report delivers a very definite conclusion:

There is no legislation or regulations in Ireland which specifically deals with Crowdfunding. The financial regulation legislation in place is designed to regulate other business models. Therefore, Crowdfunding platforms need to ensure that they do not inadvertently provide a service which is regulated as part of legislation regulating, inter alia, investment services, banking business and / or payment services.

I attended a recent InterTrade Ireland Seedcorn Event in Galway. The speaker mentioned 5 avenues for raising equity investment to include crowdfunding:

Crowdfunding is an option that entrepreneurs are increasingly looking at particularly where the investment is around €50,000. [If you think about it €20,000 can do a lot in business but can be very difficult to source when you have limited track record].

My experience is that some startups are reluctant to apply for bank funding on the basis that they believe they are not going to secure the money and the promoters are also wary of the personal guarantees required.

I recently reviewed the availability of Venture finance in Ireland. A key point of that post is that accessing venture finance is not easy as it is a very competitive space – at a recent Startup Galway event Delta VC said that they review upwards of 400 business plans every year to invest in 8 to 12 companies.

The big Crowdfunding players are US-based. Kickstarter was established in 2009 and I remember it hitting the headlines when a guy called Scott Wilson looking to raise $15,000 funding convinced 13,512 people to pledge money to develop an iPod Nano Watch – raising $941,718 within 30 days. Kickstarter does not currently accept Irish based projects so you would need to use a UK address (this is expected to change soon – update: launehed in Ireland on 15th September 2014). To date over €1 bn has been contributed to over 60,000 Kickstarter projects. According to their daily updated stats page, most successfully funded projects raise less than $10,000.

Olive decided to go with Indiegogo. Their model is based on a set percentage fee if you meet your target and a higher rate if you don’t but you get the money in any event.

The first crowdfunding organisation that I became aware of in Ireland was FundIt.ie … apparently, they are going strong.

Linked Finance is not in the crowdfunding space, rather the crowdsourced finance market in Ireland – they describe themselves as an alternative to bank finance. The model is based on businesses sourcing loan finance from borrowers registered with the site.

Crowdfunding is not easy. It requires a lot of planning and an understanding of what is required to succeed. James McBennett wrote this compelling article of his successful KickStarter experiences and what he learned – based in Dublin even if article seems UK based. Equity crowdfuding is also gaining momentum – Dublin based Sian’s Plan, the online meal planner that guarantees healthy eating, raised over £100,000 on Seedrs – where individuals pledge funds to innovative growth-focused businesses in return for equity in that business.

Google is full of great advice on ‘what you should do to win at crowdfunding’ and there is even a website/app that predicts the odds of your project reaching its funding goals.. The consensus seems to be that in addition to raising much needed funds that crowdfunding is good for engaging with the market; market testing; and refining your message.

I know of several entrepreneurs who would now seriously looking at Crowdfunding. I congratulate Trinity for developing a crowdfunding portal to support its entrepreneurs. I have heard about Gail Condon of Writing for Tiny previously and I wish her the best with her project. The most cited example of an Irish startup using crowdfunding is Game Golf. Their campaign launched in April 2013 with a goal to raise US$125,000 in 30 days raised US$280,472 … they had a fantastic campaign video that features Graeme McDowell providing a great testimonial for the product (unfortunately removed from YouTube).

Blogposts go out of date but I intend to keep a close eye on Irish startups using Crowdfunding so please reach out or leave a comment if you are going to launch a campaign or if you want to hear the latest updates of companies who have been successful.

The future of Crowdfunding

Crowdfunding is going from strength to strength with new niches and models being explored. Piggybackr is a crowdfunding website in the US for teams of all ages and experience levels. They promote themselves as the only fundraising website safe for use by students under 13 and in schools. This reminds me of nTrai an Irish based company who have created a crowdfunding platform for Irish athletics

So do you agree with final conclusion of the Matheson document ….

The development of a Crowdfunding market and the regulation of Crowdfunding, in Ireland, are at a very early stage. However, given that the market is developing at a faster pace elsewhere in the
European Union, and elsewhere, it would be timely for the EU Commission to propose legislation specific to this sector.

As always I hope you enjoyed this post … Thanks to Conall O’Morain and his team for inviting Olive and I to talk to Today FM Sunday Business Show listeners. It was a very enjoyable experience.

Hope you enjoyed this article. Click on image below to read my f0llow up blogpost which includes an interview with Derek O’Sullivan, Crua Outdoors – 2 extracts of the full YouTube video are presented here.

If you have ever wondered what supports that you and your startup business could and should apply for, read on:

This blogpost and the accompanying presentation will categorise the supports depending on the stage of development of your startup company: pre-enterprise; early stage; and established startup

I recently wrote two blog post articles for InspiredStartups.com with advice for startup promoters in terms of completing their application for Enterprise Ireland’s CSF. This short article outlines the key themes addressed by each post. What is the Competitive Start Fund? The Competitive Start Fund (CSF) is undoubtedly a significant component of Enterprise Ireland’s suite…

Managing a startup business is NOT easy. Startup entrepreneurs have lots of balls in the air. Lean Startup books, theory and practice are brilliant but the question is which model or framework do you follow and when – and are they all relevant to an Irish startup situation? To address this dilemma Donncha devised the…

Six factors critical in formulating your approach to tendering in Ireland are discussed in this blogpost. It is critical to select your tenders carefully, read the tender invitation carefully and structure your submission to demonstrate that you meet all the requirements of the tender.

In March 2015, I volunteered to become a joint Co-ordinator along with Conor O’Donovan of the Galway Startup Businesses Meetup which is now a subgroup of Startup Galway and rebranded as Startup Galway Pitches Meetup. The idea of the group is to provide a forum for early stage startups to network with their peers, with… 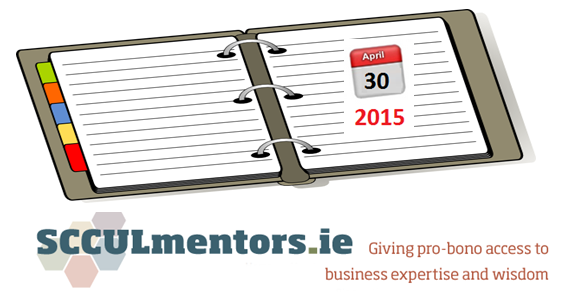 As you may know, I am a member of the SCCUL Mentors programme. This provides pro bono mentoring for small business in the greater Galway area. Managed by Ballybane Enterprise Centre, the SCCUL Awards is the undoubted highlight event of the year, while the Centre also hosts regular seminars on topics of interest to local…