I am often asked by startup entrepreneurs what makes a High Potential Startup Company or HPSU? as defined by Enterprise Ireland. While answering this question, I am struck by the fact that I am never asked the follow up question which I have often pondered myself: So how do the companies who are selected as HPSUs get on and do they in general meet their targets. A recent report from Forfas sheds some light on this question.

Starting Point : What is a HPSU?

The Enterprise Ireland website is very clear on the definition of a High Potential Startup. In essence, HPSUs are start-up businesses with the potential to develop an innovative product or service for sale on international markets and the potential to create 10 jobs and €1m in sales within 3 to 4 years of starting up.

In the boom times, I think the definition was verbally communicated as €1.5 million in turnover within 3 years. It really is used as a benchmark to highlight that EI can only support growth and internationally focused businesses involved in manufacturing and internationally traded services.

My view (and hope) is that EI is sector agnostic i.e. if the business can meet the criteria in terms of employment potential then EI will engage,  but obviously the perception is of a strong focus on technology – this is not unexpected given the scalability implied by the criteria.

So every Spring, Enterprise Ireland have a HPSU Class with upwards of 100 companies who have been supported over the previous 12 months. This figure is increased by including CSF investments. 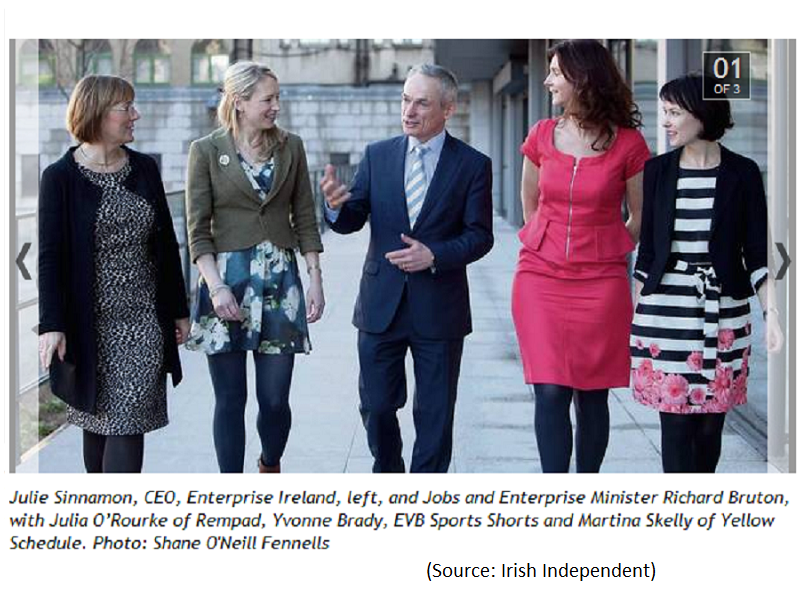 [EVB Sports participated on DKIT New Frontiers where we delivered the Phase 2 training. I was a mentor in the early days of YellowSchedule]

Enterprise Ireland’s funding contribution for HPSUs is primarily in the form of equity towards the implementation of a business plan. I am big believer in business plans but I often warn entrepreneurs that what is written in a plan can take twice as long to achieve and cost twice as much. This begs the question as to whether HPSUs in general meet their targets.

I read a very interesting article in the Irish Times in August 2013 entitled ‘Enterprise Ireland invests millions of taxpayers’ money: does it deliver?’. I would provide a link to the article but it is in the Irish Times archive and you need a subscription. So a few highlights from the article which despite the headline is actually fairly positive:

• According to its own estimates, about 20 per cent of HPSUs will close, 15 per cent will be taken over or sold and about 65 percent will survive.

The article makes the point that ‘Enterprise Ireland appears to be beating the odds when it comes to picking winners – a record which is even more impressive given that it invests at a very early stage in companies’. I would certainly concur with this assessment.

[At this juncture, I would like to remind readers (in case you didn’t know) that I do earn significant revenue from Enterprise Ireland both directly as a mentor and CSF evaluator and indirectly as a trainer on New Frontiers. I have met John O’Dea, Head of the HPSU Unit who is quoted in the Irish Times article. I would also know a lot of EI personnel in Dublin and the regional offices. As such, I may be biased but this is my honest opinion].

In April 2014, Forfas, Ireland’s policy advisory board for enterprise, trade, science, technology and innovation, published a very interesting report entitled, ‘Evaluation of Enterprise Supports for Start-Ups and Entrepreneurship’, which included an evaluation of Enterprise Ireland’s HPSU supports. The evaluation focused on HPSU programme entrants for the years 2004-2006 and considered the impacts over the period to 2010. As such this section of the report could be seen to be slightly dated but it is still a good baseline to have available, given that the impact of any investment programme will take several years to emerge.

Detailed breakdowns are given for each year so I have pasted in the most interesting tables to summarise:

The point is made that a significant company started in 2004 with 114 employees and grew to 250 employed in 2005 and then ceased trading in 2006. My reading of Table 2.10 is that Yes indeed, HPSUs in those years did meet their targets of having 10 employees within 3 years. The performance of the 2005 and 2006 was not as strong as the 2004 group but there was an extreme case to explain the discrepancy. It is also good to see employment growing year on year on an average basis. So, turning to Turnover figures, did the companies in general reach the stated revenue milestones in the time prescribed.

Page 41 details Firm Survival Rates. Of the 199 who came onto HPSU support between 2004 and 2006, 38 have ceased trading – a survival rate of 80.9 percent. Just under two fifths of the closures occurred in 2009 alone, a probable reflection of tougher external trading conditions. Companies who came on board in 2005 contributed to just under half of all closures.

Tables 2.5 shows circa 61 million in Sales in 2007 collectively among the surviving 56 companies of the 2004 cohort (started with 61) by their fourth year. Assuming (a big assumption in fairness) that there are no big outliers with say €5million turnover each, it is fair to say that on average most of the HPSUs were close to reaching the benchmark €1 million figure.

Table 2.6 shows circa €101 million in Sales in 2007 collectively among the surviving 62 companies in the 2005 cohort (started with 66) by their third year. I think it is fair to assume that on average most of the HPSUs had reached and exceeded the benchmark €1 million figure. It is interesting that this cohort seemed to have a high sales total collectively at the time of and even prior to the investment by EI (€17 million in 2004).

Looking at the 2006 cohort as detailed in Table 2.7, in 2009 which is year 4, the surviving 65 companies (starting group numbered 71) only had €53 million turnover collectively. Extend the period a further year and the 64 surviving companies have achieved circa €64 million turnover. Given the economic circumstances an extra year to hit the targets seems reasonable.


I enjoyed reading the Forfas report.  In general, I am in favour of setting objectives, measuring outputs and evaluating returns so the report is very welcome [possible bias here as I do get paid for that type of work but I do think it is required by Ireland Inc.]. The HPSU section is very comprehensive in terms of data presented. It also contains some good recommendations.My wish for the next version of this report is that they specifically seek an answer to the question that this blogpost has raised – are the HPSU criteria relevant and appropriate as measured by what transpires later in the real world. The other thought that struck me while reading the report, was the level of knowledge across all sectors that is available within Enterprise Ireland both in terms of evaluating investment opportunities and supporting companies afterwards. The resource embodied by the personnel working for EI is in some senses a ‘double edged sword’. The ‘organisational memory’ is a key strength and must be safeguarded. Investment in human capital resources will be vital given the requirement to keep up to date with market trends and developments and to in fact be seen as leaders in their fields.

Finally, on page 43 the report notes that ‘Technically, EU State aid regulations determine that an HPSU can be so treated for up to six years after hiring its first employee. My understanding is that as of 1st July 2014, the criteria is five years from date of incorporation. An interesting development!

As always, I hope you enjoyed this post. For some reason, I have found myself writing several finance oriented posts, which is not normally my area of interest. I will now be reverting to more marketing, strategy, and lean startup focused topics! Comments welcome.

I have been reading a lot about Brexit recently. As of November 2020, I am in the middle of a project on behalf of LEO Mayo to talk to their clients about Brexit preparation. So since mid-October 2020, I have spoken to nearly 40 owner-managers about the potential impact of Brexit on their business and… 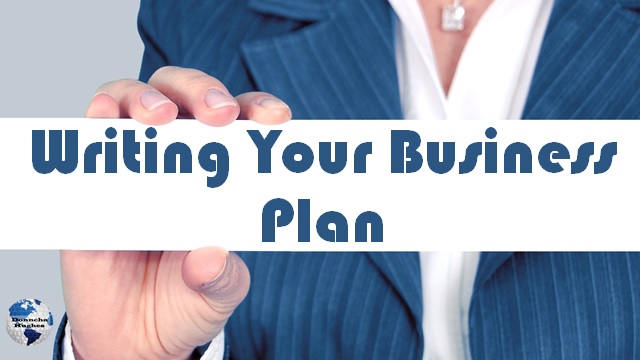 I am delighted to announce that my latest online training programme, ‘Writing Your Business Plan’ is now live. To publish this online training was an early goal for 2020 as it was on my ‘to do list’ for a while as I regularly deliver one day workshops on preparing business plans for New Frontiers, IBYE…

I am delighted to publish a Case Study of and testimonial for my work. It outlines in detail how I worked with a specific client to prepare a business plan for their business. It details the time involved and the process and methodology. What is the Case Study about? The document addresses in detail (19…

In late 2016, Startupblink contacted me to write a ‘Startup Ecosystem article‘ on Galway to feature on their global website. I agreed and enlisted the assistance of John Breslin, NUIG, PorterShed and Startup Galway; and Barry Egan, Enterprise Ireland West Region. [button link=”http://www.startupblink.com/blog/galway-startup-ecosystem/” target=”_blank” color=”green” shape=”rounded” size=”large” align=”center”]Read Galway’s Ecosystem report[/button] The brief was…

I write several business plans for clients every year and I also regularly create tender documents for my own business, with partners and for customers. I review many more business plans to include InterTrade Ireland’s Seedcorn competition and tender submissions. Having a professional-looking document is a great start. Here are some of my top tips…

2019 update: I have written two blog posts on Crowdfunding. This one was written in early 2014 following a feature on Today FM on The Sunday Business Show. The original article is presented below. I wrote a separate blogpost in 2019 for the New Frontiers blog which featured a YouTube video interview with Derek O’Sullivan…